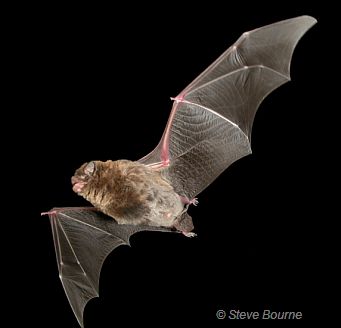 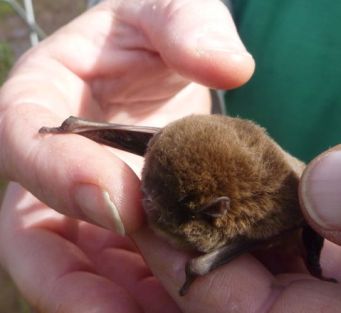 These are the most abundant species of bats. There are 16 species in Victoria and south-eastern South Australia. Insectivorous bats are generally tiny; they are sometimes referred to as microbats. People are not usually aware of their presence due to their nocturnal behaviour and their ultrasonic calls which are inaudible to the human ear.

Bats are a farmer’s friend

Bats consume at least half their body weight in insects per night when feeding. They are one of nature’s natural pest controllers and have been recorded feeding on insect pests to primary producers.  The composition of insects consumed by bats varies between species. 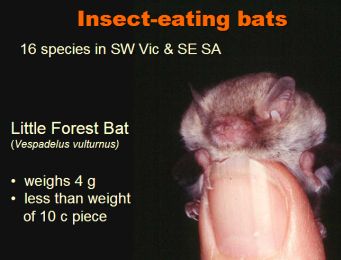 The Little Forest Bat is a species that would most likely be flying over peoples homes in the summer months feeding on insects such as mosquitoes.

Most species roost in tree hollows; some are specialists requiring dead trees, others only roost in live trees containing spouts. The female Lesser Long-eared Bat only roots in large cracks in dead trees to give birth. The Southern Bent-wing Bat only roosts in caves and although they are found across south-west Victoria and south-eastern South Australia there is only one cave in Victoria and one in South Australia where they go to give birth.

Buildings are sometimes used by insectivorous bats for roosting;. They do not cause structural problems and do not eat through wiring etc. Generally their presence in eating insects outweighs any problems. 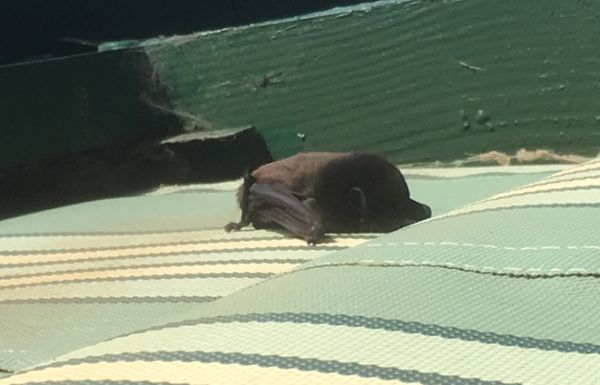 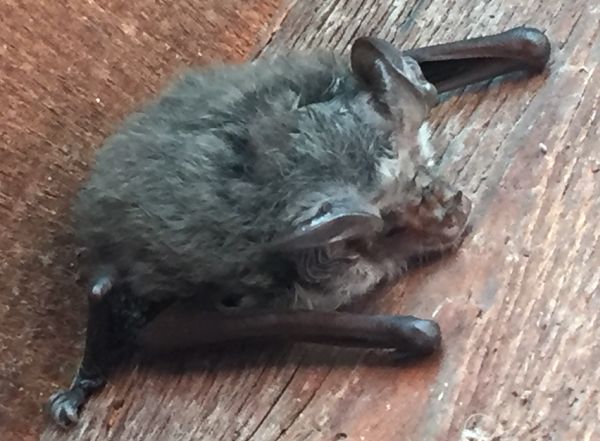 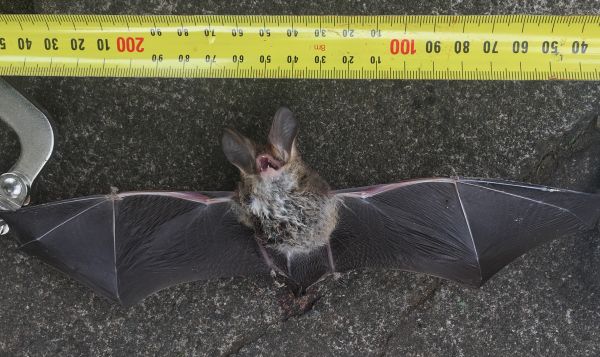 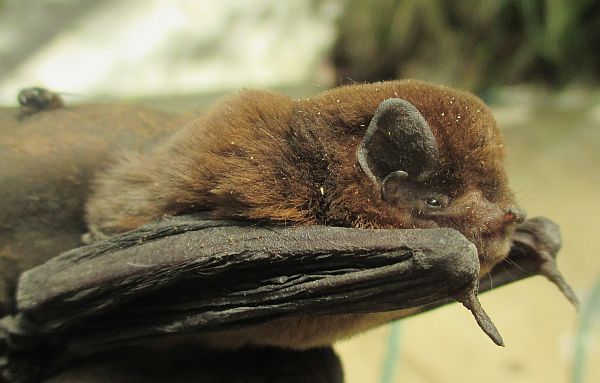 Disturbance to bats in overwintering caves needs to be avoided. There are cases where bats have fallen to their death because they try to fly in a state of torpor. Long term impacts are not readily seen. Each time a bat comes out of torpor they use up valuable fat reserves. If there are multiple disturbances there is a high probability they will not have enough energy to feed in the spring and starve to death.

Disturbance during summer has been identified as a problem in some areas where tourists and holidaymakers enter caves, which is likely to result in bats fleeing the cave in daylight and using valuable energy reserves and making them more prone to predators. Repeated disturbance can result in abandonment of the cave. Disturbance has been identified as an issue in some areas along the coastline where otherwise perfectly good caves have been rendered unsuitable, sometimes forcing bats to use much smaller caves and crevices that are marginal habitat, which can only support low numbers.