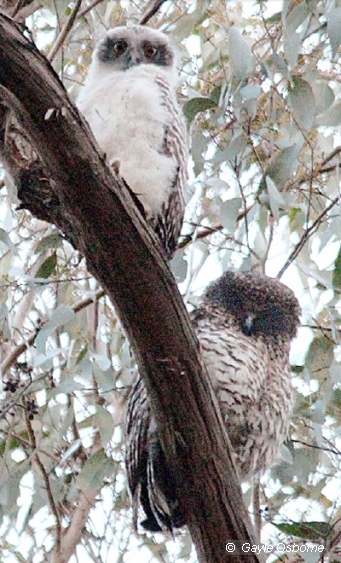 Awesome is a much used word these days but when you encounter Powerful Owls Ninox strenua in the forest it is truly awesome.

At 60-65cm in length, with a wingspan up to 140cm, these imposing nocturnal hunters must send fear through the Greater Glider and local possum populations.

It was only by chance that recently we were able to track down a breeding pair in the Wombat Forest.

One morning in August this year, while moving our motion sensor cameras along the Lerderderg River, we came across a large amount of splash (bird droppings) and some pellets/crops (regurgitated bones and fur) under a stand of Blackwoods. This is usually a good indication of owl activity, but a thorough search of the area’s Blackwoods, a favoured daytime roost tree, failed to locate any birds.

We returned several times, finding fresh splash, small animal bones and gizzards, and a feather, which was later confirmed as being that of a Powerful Owl.

On 23rd September we finally got lucky, when just before dusk an adult pair could be seen sitting high in a Messmate. Shortly after, a trill was heard coming from a large hollow in a nearby eucalypt. This had to be an owl chick, probably begging for food. It would not go hungry as the female owl held the previous night’s prey, a ringtail possum, firmly in her talons.

Powerful owls are winter breeders, often mating around the solstice, laying 1-2 eggs, and most chicks are ready to leave the nest around the end of September. This is a perilous time for the young birds, with many falling to their death when trying to become airborne for the first time.

We returned to the area on 2nd October and were thrilled to find the owlet had fledged successfully. The fluffy, white chick was roosting with the adult female in a tall gum, and then we noticed the male was staring down at us from a nearby Blackwood.

As dusk descended the adult owls left their roosts and flew to another tree, where they sat “kissing” each other for a couple of minutes. This bonding behavior is called allopreening, and in owls is generally the grooming of the partner’s head. When the chick started calling from its perch, the parents took to the air, circling above the trees. We left soon after, not wanting to disturb the activity of the birds. (There have been reports of people being attacked by male owls during breeding time!)

By the second week of October the birds had left the breeding area, probably in search of more prey within their home range, which can vary greatly depending on food and tree hollow availability. Chicks stay with their parents until February/March when they are dispersed to begin their adult life, although some stay with the parents for up to 12 months.

It has been wonderful to observe these magnificent birds in the Wombat. It really brings home the importance of large, hollow bearing eucalypts, which provide vital nesting sites for the owls, and homes for their arboreal prey.

The existence of these owls is largely due to the retention of remnant habitat trees after the Ash Wednesday fires in 1983. During the post fire activities there was a significant loss of trees in the landscape due to clearing on private land and roadsides, much of which occurred as an overreaction to future fire threats. Some roadsides were totally decimated. Thankfully large habitat trees contained in a 4-metre roadside reserve were spared from destruction even though they were burnt. Now, 35 years after the fires these trees stand tall and provide a home to the Powerful Owl (vulnerable in Victoria and Listed under the Flora & Fauna Guarantee Act 1988). 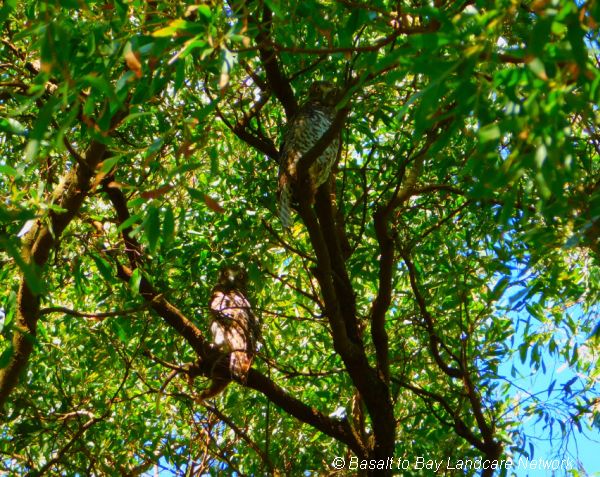 A place to call home for these two Powerful owls - thankfully large habitat trees in a 4-metre wide roadside reserve were spared from destruction during the post Ash Wednesday fire recovery works. 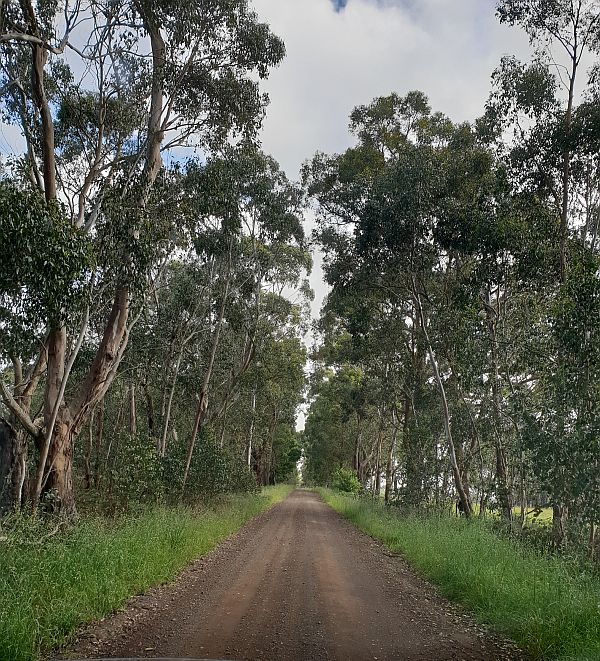 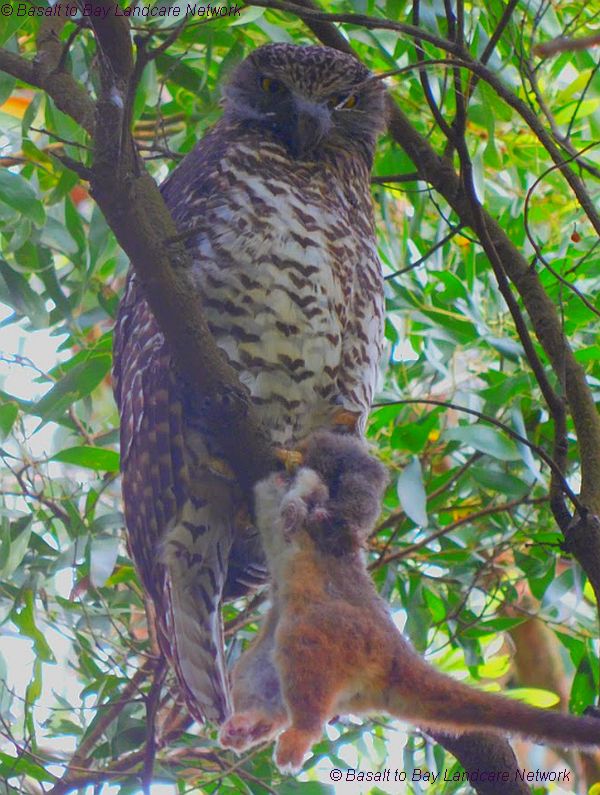 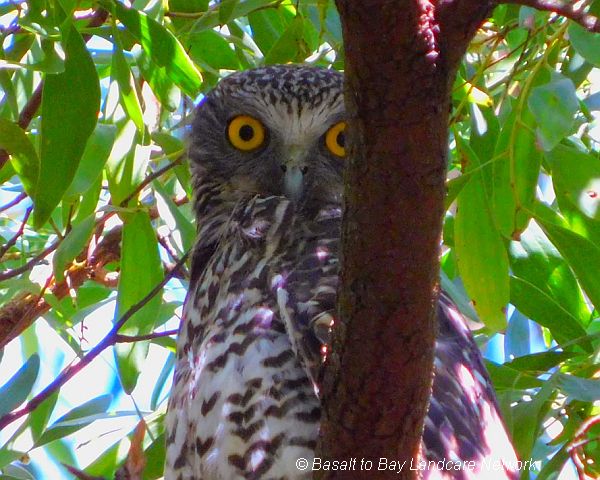 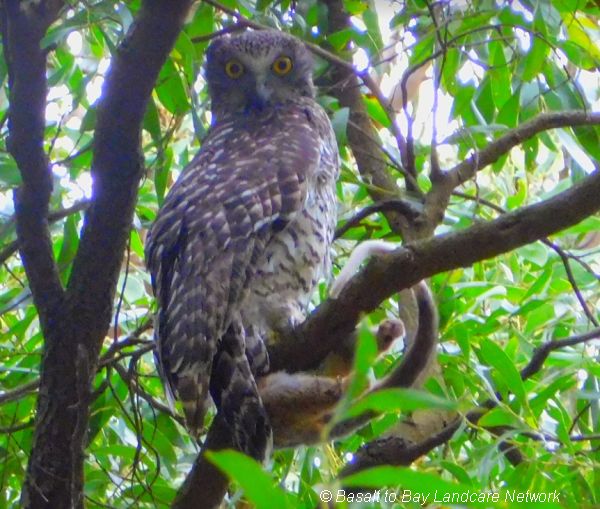 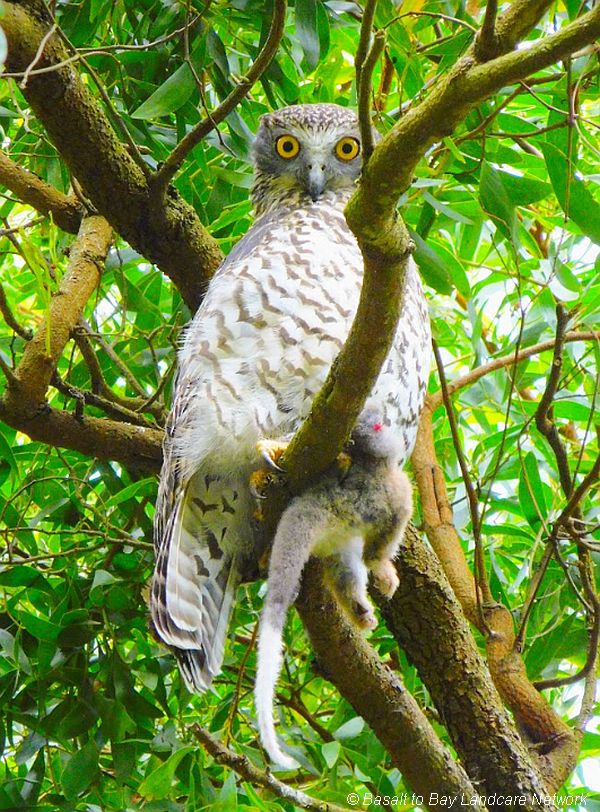 Bob McPherson captured these images of Powerful Owls breeding at Milltown, near Heywood in May 2021. 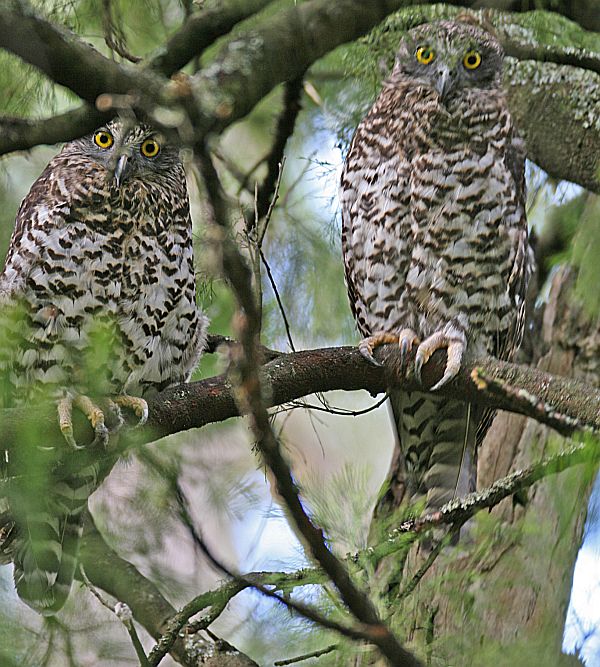 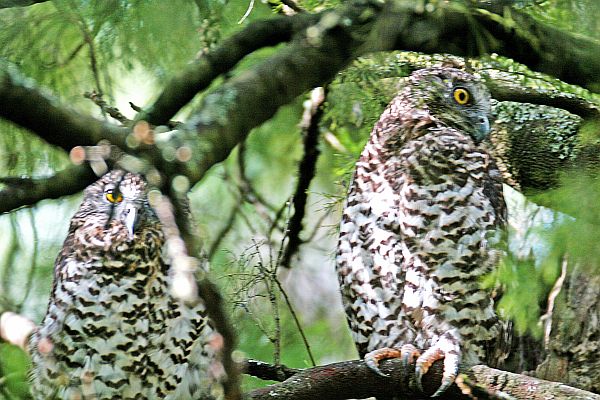