The Azure Kingfisher (Alcedo azurea) is a small kingfisher which is distinguished from other kingfishers by its distinctive blue upperparts, orange-rufous underside, very short tail feathers, long black bill and whitish marks either side of its neck.

Males and females have similar plumage and juveniles tend to have duller colouration.

The Azure Kingfisher is found in association with aquatic habitats in northern, eastern and south-eastern Australia.

The Azure Kingfisher is usually found in association with aquatic habitats such as well vegetated streams where waters are slow flowing. They also inhabit billabongs, lakes, swamps, lagoons and dams. They are usually found in shady and often overhanging vegetation.

Breeding is usually from spring through to summer, nesting in burrows excavated in banks of creeks streams or rivers, or at the edge of other wetlands such as dams or billabongs.  They can nest up to several hundred metres from a watercourse. The clutch size is usually 5 or 6 eggs and both sexes share the incubation of the eggs (Higgins 1999).

The Azure Kingfisher is not considered a migratory species although there may be some movement associated with breeding and dispersal of young (Blakers et al. 1984). 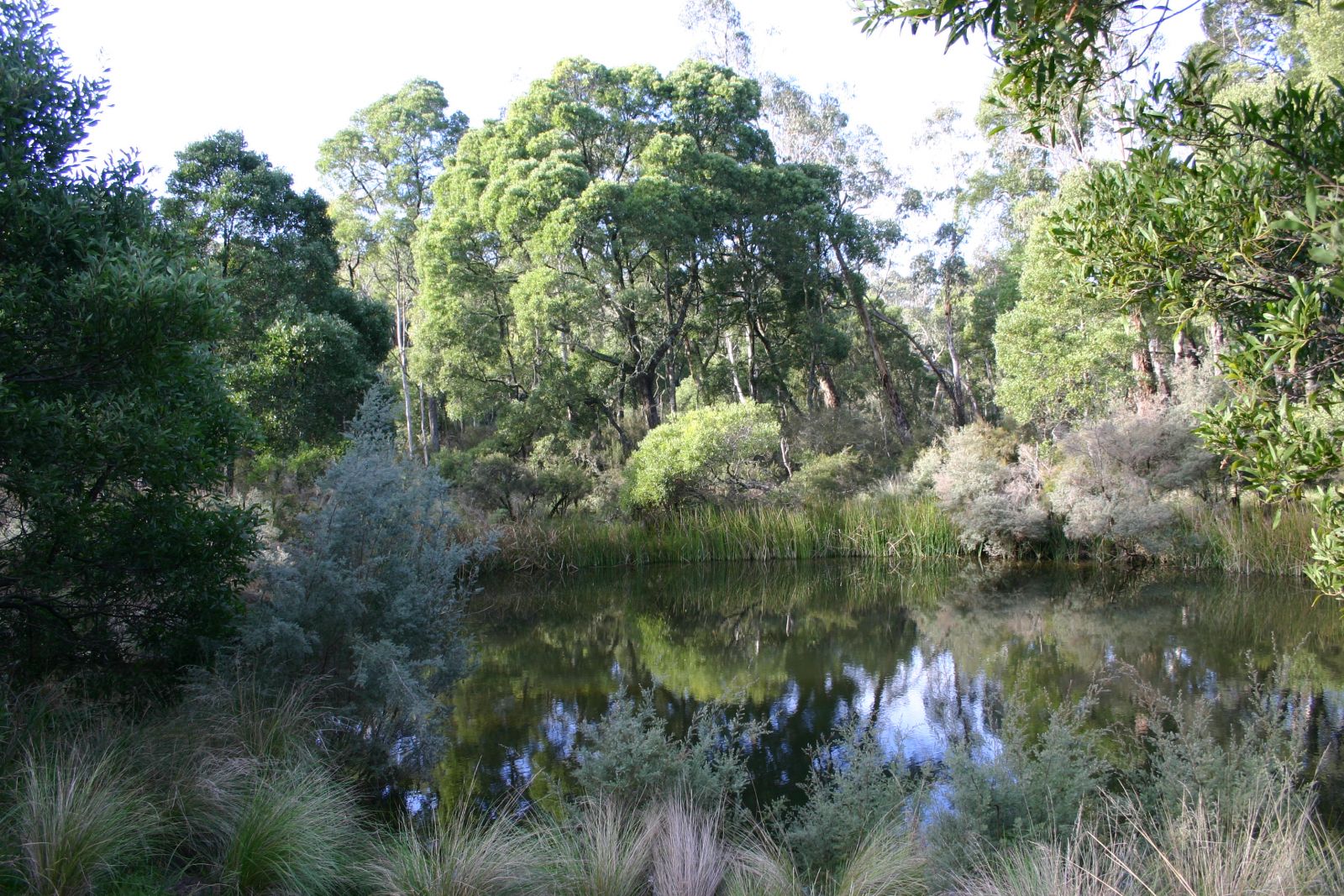 The are about 350 records across Victoria, generally in association with major river systems.  The IUCN Red List considers the overall population to be in decline (BirdLife International. 2012)

Decline of Azure Kingfisher populations is likely due to a combination of factors including a reduction in prey species, deterioration of habitat for prey species and damage to riparian habitat.

The decline of the Critically Endangered Tasmanian sub-species Alcedo azurea diemenensis is attributed to competition with Brown Trout Salmo trutta, which are now present in all streams and probably reduce the availability of galaxids and the other small fish which are presumed to be the kingfisher's natural prey (The Action Plan for Australian Birds 2000)

Brown Trout Salmo trutta, are widely dispersed in Victorian streams and most likely pose a similar threat to the Tasmanian sub-species by reducing the natural prey of the Azure Kingfisher in Victoria. Brown Trout are no longer stocked into Victoria's streams but many streams continue to hold large numbers of Brown Trout which have established self supporting populations.

Stock grazing along riparian zones could contribute to decline of Azure Kingfisher habitat as the vegetation structure is altered (Martin & Possingham, 2005). Stock could also trample or disturb nests burrowed into the river bank.

The clearing of snags and trees over hanging waterways reduces the availability of perches and foraging opportunities. 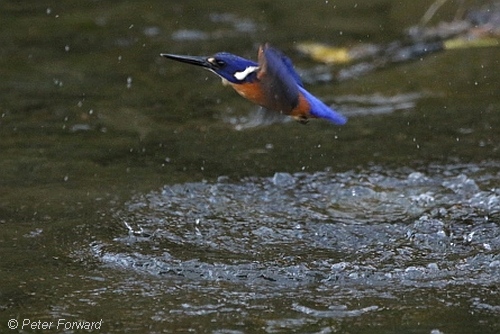 Undertake surveys along Victorian waterways to determine more accurately the population of the Azure Kingfisher.

Continued monitoring to ensure the population is stable or increasing over an extended period.

Raise community awareness regarding the conservation of the Azure Kingfisher and the need to act before species is threatened or endangered.

Birds are often seen as biodiversity indicators, particularly those with specific habitat requirements (Canterbury et al. 2000).  In Victoria the Azure Kingfisher could be a focal species given an holistic approach to managing its habitat requirements would benefit many in-stream and riparian species of flora and fauna.