The Grey Goshawk Accipiter novaehollandiae is a medium sized raptor that inhabits a variety of wet forest types in Australia, New Guinea and its neighbouring islands.  In Australia, its range extends form Tasmania, through south-eastern Australia, along the east coast and across the north of Australia to the Kimberley area in the north-west (Blakers et al. 1984).

This species exists in two distinct and readily recognisable forms; grey morph and white morph (often referred to as White Goshawk). Most birds in Victoria are of the white morph, with just a few greys being seen and no known resident populations of grey birds (Loyn pers. comm.).  The grey morph predominates in jungle and subtropical rainforest while the white morph prevails in eucalypt forests.

The Grey Goshawk is the largest Accipiter in Australia with an overall length between 40 and 55 cm and wing span of 70 to 110 cm. Female Grey Goshawks are almost twice as heavy as males (Baker-Gabb 1984; Olsen et al. 1990).

The white morph is entirely pure white with a black bill. The cere, legs and feet are a bright orange-yellow and the iris a deep red.  In contrast the grey morph is light grey above with slightly darker wing-tips.  The underbody is white, closely barred pale-grey on the foreneck, breast and undertail.  Immature birds of the white morph have orange-yellow eyes and are entirely white, though some have light-brown barring on the undersurface of remiges and tail.  The grey morph is similar to the adult however the upperparts are a darker brownish-grey, while the underbody is marked with coarser, broader and darker grey-brown V-shaped bars on the foreneck down to the flanks.

It is possible that a dominant grey population is gradually replacing the white form and that three main strongholds of white birds, all at the extremities of the species’ range, are in fact relict stock which will eventually be replaced entirely by the grey form (Hollands 1984).

In Victoria, the stronghold of the Grey Goshawk, particularly the white morph, is in the Otway Ranges (Otway Ranges bioregion). Grey or white individuals occur at lower densities in the Strzelecki Ranges, Gippsland Plains, Glenelg Plain and Otway Plains, however, appear to be rare or absent from more extensive forests such as in the Eastern Uplands and East Gippsland Plains (Emison et al. 1987).

Throughout its range the Grey Goshawk generally favours tall, wet forests, particularly in gullies, for roosting and hunting.  It depends on mature forests for breeding, rarely using forest regrowth less than 30 years old (Marchant & Higgins 1993).  They are also seen in woodlands, dry forests, wooded farmlands and suburban parks below altitudes of 500 m.

Only females and immature birds hunt in urban and agricultural areas leading a very solitary and secretive life (Mooney & Holdsworth 1988).

Grey Goshawks can sometimes hunt in agricultural areas. Simple methods for reducing bird of prey conflicts with caged birds and poultry include shade cloth or nylon bird netting to cover chicken runs. Shade cloth is particularly good as it obscures line of sight.

Records from Victoria indicate that nesting takes place in the Spring months of August to November.  Breeding appears to be confined to dense, wet old-growth forests at low to medium altitudes and nest sites are almost always associated with watercourses (Mooney & Holdsworth 1988).  Nest sites are found in a limited range of habitats and tree types, being largely confined to wet forested areas and are likely to be selected according the availability of food. Nests are usually high in the canopy, placed in major forks next to the trunk or on horizontal branches with an easterly aspect to receive the morning sun and shelter from prevailing winds.  Two to four eggs, usually three, are laid in a large nest made of thin dry sticks and lined with green leaves.  The same nest may be used for several years.  The eggs hatch after 35 days of incubation and chicks are fledged in about 37 days.  Newly fledged young stay fairly close to the nest for 2-3 weeks and in this time they are entirely dependent on their parents for food (Marchant & Higgins 1993).

No quantitative studies have been done on nest dispersion, however Mooney (1986) estimated that the breeding density in Tasmania was 2-3 pairs/100 km2.  Other studies in Tasmania suggest that pairs seem to concentrate their activities in small favourable areas of approximately 10 km2 that have a variety vegetation types.

The Grey Goshawk is an opportunistic hunter preying mostly on mammals, such as rabbits, possums and sometimes bats.  They also prey on birds, reptiles and insects and hunt from either concealed or exposed perches and often take prey both in flight and on the ground. 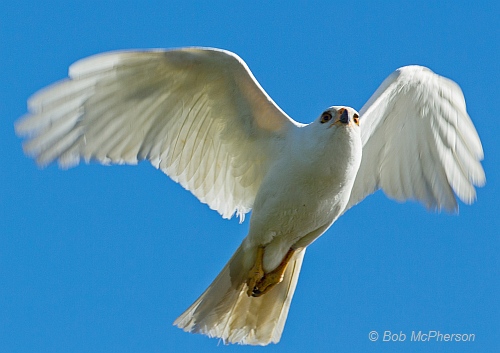 The IUCN considers the overall population to be decreasing across it range (BirdLife International. 2014).

The Grey Goshawk has not been well studied in Victoria and little is known about it outside of the Otway Ranges.  Both its range and abundance within its range appear to be declining as its habitat has been extensively logged and cleared for agriculture and human inhabitancy.

Since European settlement, 65% of Victoria's forest cover has been cleared (Woodgate & Black 1988), and only 5% of freehold land remains forested.  In addition, the limited availability of mature forests means that high-intensity wildfires now also represent a threat to the species’ survival (SAC 2003).

Increased human presence has been detrimental to nesting Grey Goshawks because they are sensitive to disturbance and may desert nests and young.  A study in Tasmania by Mooney and Holdsworth (1988) showed that when nesting they seem to tolerate some indirect disturbance to within 100 m such as selective logging and limited road-building.  However, more intense or direct disturbance such as wide clearing for agriculture, settlement or logging usually results in desertion of the nest.  Although there is limited direct evidence, other possible threats which may be implicated in the decline of the species in Victoria include:

In its final recommendation the Scientific Advisory Committee (SAC 2003) has determined that the Grey Goshawk is: 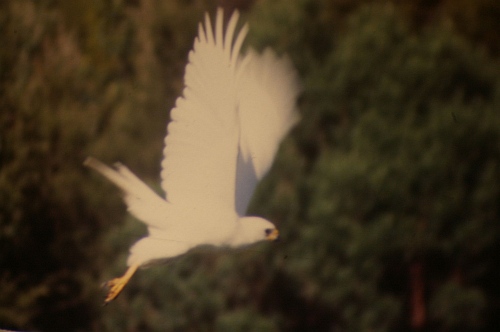 To manage the Grey Goshawk effectively, it is necessary to quantify the population size (especially the breeding population size) and understand the impacts of habitat fragmentation/disturbance on breeding success and dispersal capabilities.  There is little information about the extent of dispersal of the species, both within Victoria and other states.  Information regarding the dispersal of the species in Victoria is required to determine whether there is sufficient genetic exchange, but there is no evidence that the Victorian populations are genetically isolated.

Accurately establish the range of the Grey Goshawk in Victoria and adjoining states.

Increase reports of sightings of Grey Goshawks so they can be added to Victorian Biodiversity Atlas and ensure known nest sites are recorded.

Locate, monitor and protect all known Grey Goshawk habitat sites within the parks and reserves system and in smaller sites endeavour to obtain co-operative management from adjoining landowners as appropriate.

Parcels of Crown land having Grey Goshawk conservation values and suitable habitat should be identified and managed to protect values.

Consult with landholders regarding nest sites or potential nest sites on their property to ensure the long-term protection of such sites eg. through Biodiversity Action Planning or Living Landscapes planning.

The Grey Goshawk (white morph) has been selected as a focal species by the Upper Barwon community as part of the Upper Barwon Landcare Network Linking Environment and Farms project.  Landholders  conduct observations of Grey Goshawk with the catchment, these results will be used as a guide to measure habitat protection and enhancement success across the whole landscape. 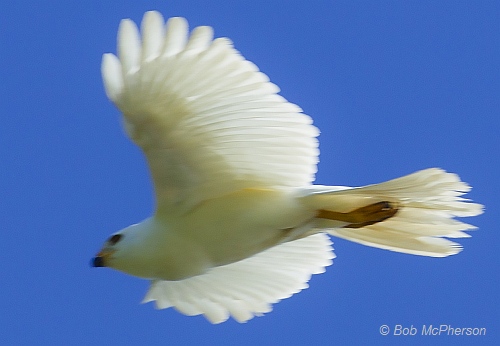