Latham’s Snipe Gallinago hardwickii, also known as Japanese Snipe, is a medium-sized (150-200g) migratory shorebird which migrates between the northern and southern hemispheres. 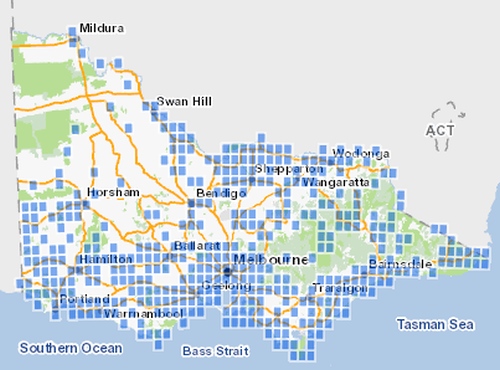 All records of Latham's Snipe in Victoria. Source: VBA 2016

Latham’s Snipe is a shy, secretive bird that is generally widely dispersed in low numbers across wetland and grassland areas. They differ to other shorebird species in preferring open freshwater or brackish wetlands with cover nearby, particularly areas of wet tussock grassland and other dense ground vegetation.

During the day snipe prefer to roost in grass and weeds in close proximity to water and at night they disperse to feed in nearby wet paddocks, ditches and other open flooded areas. The distance they move nightly to feed is unknown; however, shorebirds tend to roost in close proximity to their feeding habitats in order to reduce the amount of energy used in nightly transit.

The distance between snipe roosting and optimal feeding habitats is likely to be minimal in order to reduce flight times and so, conserve energy. 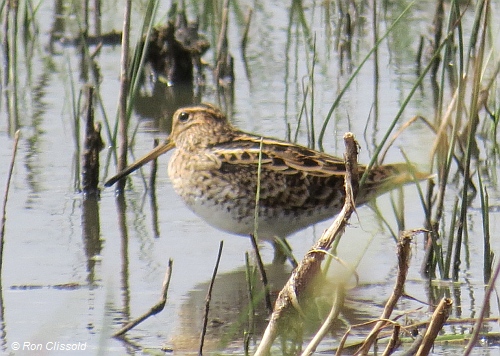 Latham’s Snipe breeds in Japan and south-east Siberia. Most of the population spends its non-breeding season in eastern Australia from August to February, with the largest concentrations occurring in south-eastern Australia. 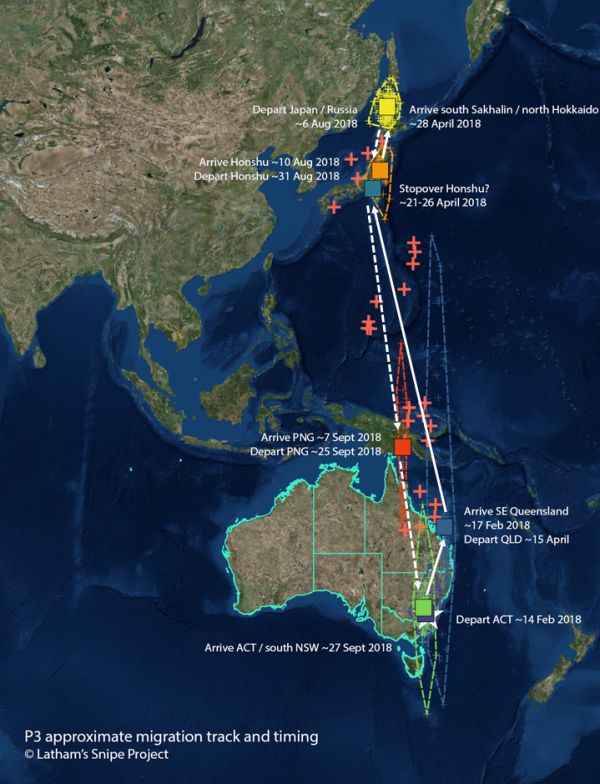 In Australia, Latham’s Snipe were hunted until the late 70s – early 80s, when hunting bans were introduced.

The major current threats to snipe in both Australia and Japan;

Latham's Snipe Project - This project is using a combination of animal tracking technology, field observations and systematic surveys to determine habitat preferences and movement patterns of Latham’s Snipe, both in Australia, Japan and on migration. Project activity is focusing on populations in south-west Victoria, which is the species’ stronghold in Australia but has also lost over 70% of its wetlands in the last 100 years.

Winton Wetlands (near Benalla) - surveys are undertaken to determine the numbers of Latham's Snipe in the area.