The Striped Worm-lizard is a slender, worm-like burrowing legless lizard that can reach up to 22 centimeters in length. It has a rounded head and snout, small eyes, very small hind limb scales and a blunt tail shorter than the body. There are 12 mid-body scale rows. It is brown or grey/yellow brown on the upper surface with a pale off-white underside. There are three distinctive black stripes along its body, the lower stripe being in alignment with the eye. There is also a short stripe running from the centre of the head along the spine (Viridans 2005; Cogger 2000). 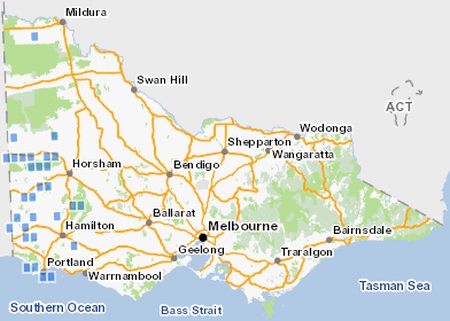 All known records of Striped Worm-lizard in Victoria. Source: VBA 2016.

In Victoria, records of the Striped Worm-lizard are confined to the south-west region where it extends from the South Australian to border to the Grampians and from the coastal areas of Bridgewater Bay to the Little Desert, north-west of Horsham.

The Striped Worm-lizard is usually found in semi-arid habitats, in loamy or sandy soils and can often be found living beneath the soil, under rocks, logs and in the litter below, or in the root systems of arid area shrubs (Cogger 2000). In Victoria, this species is most often associated with heathland, mallee, heathy woodland and shrubland with a tussock grassland understory (Beardsell et al. 1999).   Most Victorian records are in the Lowan Mallee, Wimmera, Glenelg Plain and Bridgewater bioregions where its range extends across the boarder into the Naracoorte Coastal Plain in South Australia. It has also been recorded in the western portion of the Greater Grampians bioregion. The Volcanic Plains do not provide suitable habitat for this species, although there is one record in the Penshurst area. 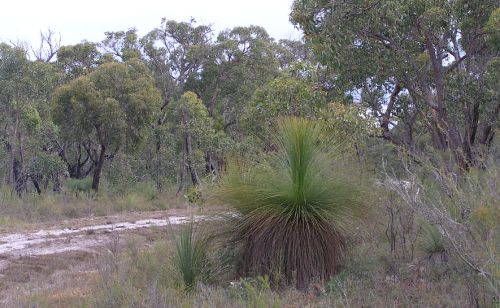 The Striped Worm-lizard has been seldom studied and as a result there is little biological information on this species, and little on the genus as a whole. What is known is that it is oviparous usually laying a clutch of 2 eggs and reproduction is aseasonal which is virtually unique among high latitude squamates in Australia (Webb & Shine 1994).  Greater than 95% of its diet is made up of larvae and pupae of several ant species (Patchell & Shine 1986; Webb & Shine 1994). The greatest volumes of food are consumed in the spring and summer with no feeding in winter (Webb & Shine 1994).

The cause of this species decline and the major ongoing threats to its survival is thought to be the loss, degradation and fragmentation of habitat (Osborne et al. 1995). Major contributing factors being:

The lack of knowledge concerning this species ecological requirements and distribution are impediments to effective conservation efforts. 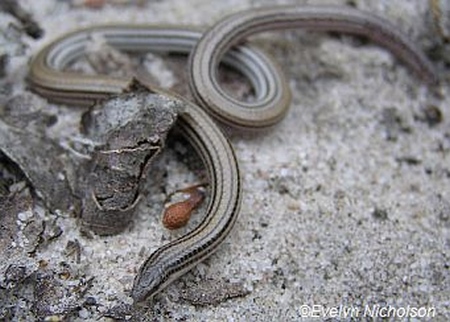 Conservation of Striped Worm-lizard in Victoria

In 2007 the DSE and an International Student Volunteer group established survey sites for reptiles and small mammals in places with a range of fire histories in the Casterton region. This survey targeted the endangered Heath Mouse and the Striped Worm-lizard to better understand how species respond to fire and identify 'fire sensitive' species whose distribution and abundance are markedly affected by fire.

Suggested management for conservation of the Striped Worm-lizard

Protect and enhance the condition of habitat