The Swamp Antechinus has a head to body length of 95-140mm with a tail length 70% of the head to body length. It is a thickset antechinus with a long slender muzzle, long foreclaws, short ears that do not protrude far beyond the fur and pale eye-rings. The Swamp Antechinus (SE mainland) has eight teats whilst the Tasmania and the Bass Strait Islands population has six teats. The upperparts are brown with a yellow or rufous wash, particularly on the rump, flanks and hindlegs, with paler buff or grey-yellow underparts and pale claws (Menkhorst 2004). 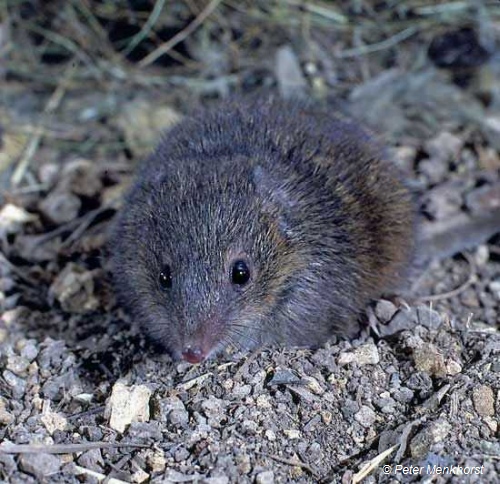 On mainland Australia, the Swamp Antechinus is found near coastal areas from Robe, South Australia in the west of its range to Corner Inlet in Victoria. In Victoria there are three main concentrations of Swamp Antechinus: 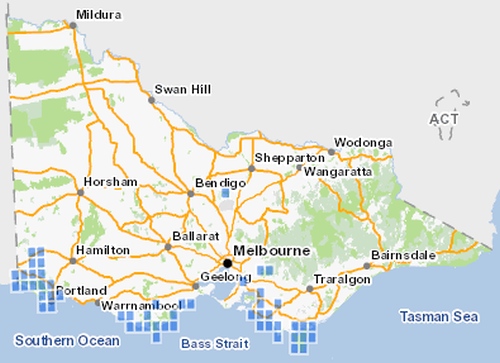 All known records of Swamp Antechinus in Victoria. Source: VBA 2016.

Swamp Antechinus habitat is typically wet heath, heathy woodland, sedgeland and dense tussock grassland, rarely above 200m (DE 1996, Menkhorst 2004). In a study done by Wilson et al. (2001) it was found that although Swamp Antechinus (SE mainland) were found in a variety of vegetation communities with different dominant floristic groups these communities had a consistently high percentage of understorey cover across them. The spatial distribution of these communities is thought to be important for the preservation and dispersal of the species and the species is considered a habitat specialist at the microhabitat level, preferring dense, closed heathland (Wilson et al. 1986, Moro 1991, Wilson et al. 2001).  Key bioregions in Victoria;

The Swamp Antechinus is an entirely terrestrial species that eats invertebrates dug from the topsoil and litter and lives in dry grass nests in shallow burrows (Menkhorst 2004).

Mating occurs during May - July. Females give birth July-August. Males die within a few weeks after mating. Females of the species are monoestrous (one reproductive season per year), some females may live to breed in a second season. If there was a major disruption of the reproductive cycle being completed in a particular year local populations could suffer sever population decline or even possible extinction in isolated populations that are in remnant patches of habitat. 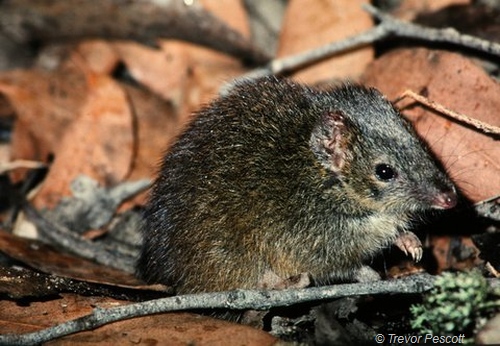 In its final recommendation the Scientific Advisory Committee (SAC 2002) determined that the Swamp Antechinus is:

Major threatening process to the Swamp Antechinus (SE mainland) are associated with  habitat loss and fragmentation of habitat, which is due to:

The Swamp Antechinus is a late successional species and so is vulnerable to extinction at sites that are frequently burnt as it takes many years to recolonise a site (Wilson 1990). This is a particular problem for the species when populations occur close to human settlements, as fuel reduction burning for the purpose of protecting properties and human lives is often conducted at time intervals that are detrimental to Swamp Antechinus populations.

Some populations in the Otway Ranges are known to have become extinct after the 1983 Ash Wednesday wildfire event (Wilson et al. 2001).

This is often undertaken to make land available for development or production purposes, as it is not seen as valuable in its natural state, and the role it plays as habitat for native fauna is often overlooked or unacknowledged.

Isolated populations of Swamp Antechinus are vulnerable to feral predators such as the Red Fox and feral cats (SAC 2002).

Roads and walking tracks may fragment populations, for example the Great Ocean Road has separated some coastal populations from inland populations where there are no habitat corridors present under the road that can be used as a thoroughfare by the species (Wilson et al 2001).

Conservation of Swamp Antechinus in Victoria

The conservation status of Swamp Antechinus was re-assessed from Near Threatened in 2013 (DSE 2013) to Vulnerable in 2020 as part of the Conservation Status Assessment Project – Victoria (DELWP 2020).

Long-term continuation of this species will probably be dependant on well-planned fire management regimes within its habitat and throughout its range. Prescribed burning is currently conducted for a variety of reasons including protection of property and human life. Management for the Swamp Antechinus should be incorporated into appropriate DELWP fire protection plans to ensure that fire frequency is not going to be too great and to exclude fire from high quality Swamp Antechinus habitat. This will be one of the most significant issues for the conservation of the Swamp Antechinus as the need for low frequency fire regimes and fire exclusion, for the survival of the species, will be weighed against the need to protect properties and human lives, which will most likely result in public pressure for high frequency controlled burning.

Through implementing appropriate fire regimes at key sites and preventing inappropriate site uses that may contribute to the destruction and further fragmentation of Swamp Antechinus habitat. Due to the importance of habitat structure for the preservation and dispersal of the Swamp Antechinus it is essential to protect and maintain the species’ preferred habitat of dense closed heath.

As the Swamp Antechinus is a late successional coloniser after fire events due to its high habitat specialisation in regards to spatial distribution and vegetation structure it is important for management to incorporate appropriate fire regimes which will protect Swamp Antechinus habitat from potential wildfire events and exclude prescribed burning from key habitat areas. Incorporation of ecological burning regimes into existing and future fire management plans is critical to the preservation of the Swamp Antechinus to ensure that areas of late successional aged habitat will be preserved along with other successional age classes.

Exclude inappropriate habitat alteration resulting from clearing, industrial, mining and grazing activities, drainage of swamp habitats or other activities. To ensure that the above habitat management objectives are met it is crucial to determine and prevent potential land-use conflicts at particular sites or in existing management plans. 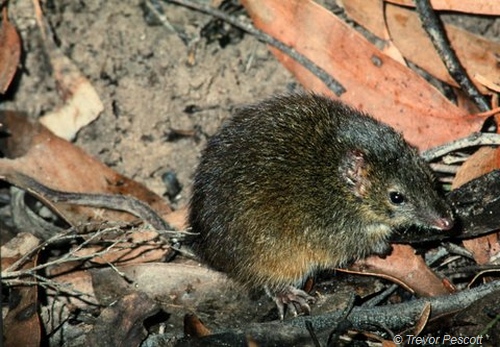 The Geelong Field Naturalists Club has undertaken monitoring in the Urquhart's Bluff area  near Anglesea.

Chris Jonstone from Monash University completed a PhD thesis in 2010 which involved the monitoring of small mammals in parts of the parts of Strzelecki Ranges and Gippsland Plain. Although his research focused on the Agile Antechinus he found he found relative abundances were lower and parasite loads higher in fragmented than continuous forest. Fragmented populations displayed indications of poor health status and potentially caused by chronic stress, frequent blood loss or heavy parasite loads. These are issues which might also apply to Swamp Antichinus. An ecophysiological investigation of the effects of anthropogenic habitat loss, fragmentation and degradation on the agile antechinus.

In 2002 Local Landscape Plans were prepared for a number of areas in Victoria as part of Victoria's Biodiversity Action Planning. These plans aimed to restore, protect and enhance biodiversity values, which include sites where Swamp Antechinus occur. Implementation of Local Landscape Plans involves land managers such as Parks Victoria and private landholders often through Landcare or Conservation groups.

Wilson, B. A. (1990). ‘Fire effects on vertebrate fauna and implications for fire management and conservation’.  Fire and Biodiversity: The Effects and Effectiveness of Fire Management. Available online at: [http://www.deh.gov.au/biodiversity/publications/series/paper8/index.html#ack.] Accessed: 20th September 2005.

Wilson, B. A., Aberton, J. G. and Reichl, T. (2001). ‘Effects of habitat fragmentation and fire on the distribution and ecology of the swamp antechinus (Antechinus minimus maritimus) in the eastern Otways, Victoria’. Wildlife Research. 28(5), pp 527-536.