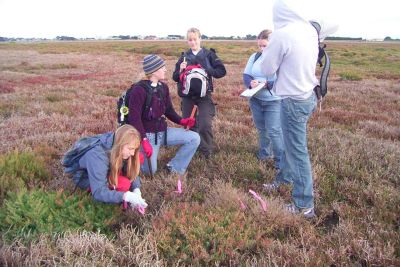 This SWIFFT seminar was conducted via Zoom and supported through resources and technology provided by the Department of Environment, Land, Water and Planning, Victoria. SWIFFT wishes to thank speakers for their time and delivery of presentations. Thanks to Michelle Butler who chaired the session from DELWP, Ballarat. 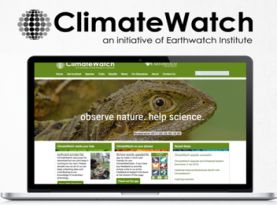 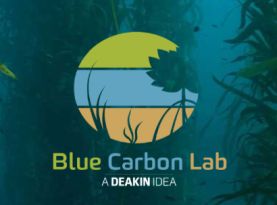 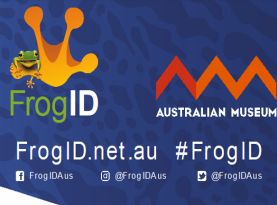 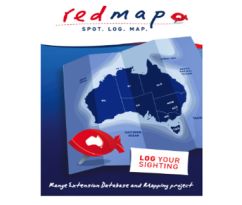 Nadia shared an overview of the Earthwatch Institute:  Earthwatch is a global not-for-profit organization and one of the world’s largest private funders of independent scientific field research and conservation. It connects scientists to more than 200 citizen scientists each year in field expedition projects and educational programs. This work connects people to environmental issues through personal experience with scientific projects, benefiting research and the collection of data to understand and address key environmental problems.

Nadia highlighted how much the climate has changed since 1880 in annual surface temperatures:

Species reacting to a changing climate

Some species of animals and plants have expanded their ranges poleward in latitude and upward in elevation over the last century, following shifting temperatures. These “range expansions” can be an advantage for species that can disperse easily, but they also threaten the existence of less mobile or more sensitive species. Migration into new territory is often impossible, as habitat fragmentation due to human activities and barriers such as rivers or mountain ranges prevent movement.

There are biological system changes including earlier spring events, longer growing seasons, range (distribution) shifts, abundance changes, climate linked invasions and changes in community composition or productivity. Organisms are tracking an earlier start to the growing season by emerging from dormancy earlier (mammals, insects), migrating earlier (birds, insects, mammals), developing new leaves and stems earlier (plants), and breeding earlier (mammals, insects, birds, plants). Similar delays in seasons are occurring including deciduous trees in the Northern Hemisphere shedding their leaves later than they used to, and birds and mammals migrating later in the autumn than they used to because of longer, warmer summers.

The need to measure impacts of climate change

Most Australian phenology (season and climate) studies focus on birds, horticultural crops and butterflies, with limited observations for Australian mammals, reptiles, amphibians and marine species. An Australia-wide understanding of the impacts of climate change is needed, including records of phenology from many more regions.

Shifts in spatial and temporal ranges provide scientists with a “fingerprint of climate change”.  There are key knowledge gaps, so to address this in the Southern Hemisphere, Earthwatch collaborated with Bureau of Meteorology and University of Melbourne to develop ClimateWatch- a nation-wide, multi-species phenology citizen science program.  ClimateWatch is a citizen science initiative that engages the public in observing changes in the natural world to help scientists better understand the effects of climate change. ClimateWatch is looking at changes to the timing of events, to inform whether plants are flowering, or birds or animals are breeding earlier.  This will fill important gaps in Australian science.

Across the nation, Australians are getting outdoors, observing nature and submitting their sightings to ClimateWatch.  Since 2009, ClimateWatch has built up a network of over 23,000 users, who have submitted around 120,000 observations.  Submitted records on seasonal changes help shape our understanding of how plants and animals are responding to climate change. Nadiah provided insight into the free ClimateWatch app, the ClimateWatch indicator species (over 132 species nationally), 21 ClimateWatch monitoring trails across Victoria and why citizen science is critical to shaping Australia’s response to climate change.

Although observations can be made anywhere, there are trails in parks that people can contribute data to specifically.  These are monitored over time. The ClimateWatch in Parks Program provides nature-based citizen science activities and curriculum materials for schools, including professional development for teachers.

Anyone from anywhere in Australia can get involved in ClimateWatch – the largest citizen science phenology network in the Southern Hemisphere. For more information go to www.climatewatch.org.au

Maria spoke about #BlueCarbonArmy - a program transforming corporate staff (finance, insurance, retail industries) into citizen scientists who contribute to Blue Carbon research and advocate the importance of coastal wetlands to mitigate climate change. The #BlueCarbonArmy is a partnership between HSBC bank, Earthwatch Australia and the Blue Carbon Lab.

Adam outlined FrogID which launched in 2017 with Australia’s first national frog count. FrogID is a free app for your smart phone and incudes a frog guide with photos and calls. Communities can record and submit calls of frogs which are identified by a team of experts.

The app was developed to enable citizen scientists to play a role in collecting data on a large scale.

Around 42% of all amphibian species are threatened with extinction due to loss and degradation of habitat, disease, impacted by introduced species, illegal wildlife trade, pollution and climate change.

Adam noted that frog behavior, reproduction and survival are all dependent on either temperature or moisture (or both) but our understanding of how Australian frogs are responding to climate change is lacking. Australia has 240 species of native frogs, with 37 species of these threatened, 15 frog species Critically Endangered, and 4 species already extinct.  Frogs are in trouble and a significant barrier to frog conservation is our lack of knowledge. So, we need to harness people power to understand Australia’s frogs, how they are doing and how we can help them. The easiest way to do this without impacting frogs is to record their calls.  FrogID verifies the information that is collected.

In Victoria, there are more than 11,000 validated frog records from Victoria, 27 species (of 33 in Vic, 7 of 8 threatened species) with 70% of all records of frogs in Victoria three species including Common Eastern Froglet and Eastern Banjo Frog.

There are very few records of Southern Bell Frog. We also have native invaders – Red Tree Frog and Eastern Dwarf Sedge Frog. The data helps ddetermine where our native frog species are found, and provides better understanding of frog breeding habitats, helping to identify frog “hotspots”, tracks the spread of the Cane Toad, which species need our help,  investigates the impact of change and has also rediscovered ‘missing’ species and new populations of threatened species.

The research has detected 28 globally and 13 nationally threatened species – including Sloane’s Froglet, collected data on disappearing frogs – Green Tree Frogs previously widely distributed throughout Sydney, with evidence now indicating that it is declining. Invasive species are starting to establish outside of known ranges with Cane Toad records on invasion fronts in NT, WA and NSW. Other native frogs are appearing outside of previously known range, including Eastern Dwarf Tree Frog in Victoria, Red Eyed Tree Frogs in southern NSW and Peron’s Tree Frog in Tasmania.

Over the past 10 years, Redmap has established a national platform for citizen scientists to work with scientific experts to map climate-related range shifts of a wide range of marine species. David is the National Coordinator for Redmap and provided Redmap’s approach to using citizen science, show how the data is being used, and the outcomes achieved so far.

David noted that oceans bear the brunt of a warming climate with 80% of the extra heat absorbed. The marine environments of Victoria and Tasmania are becoming hotspots for ocean warming, impacted by shifting and strengthened wind patterns that have pushed the East Aust Current south, bringing with it warmer water and changed ecological conditions.

Several studies indicate that significant numbers of species are already showing climate-related distribution changes towards the poles (an estimate between 25 and 85% of all species). These changes matter and impact the structure and function of ecosystems, food security, fishing industries as well as human health. Victorian species are important culturally, for ecosystem health and to a multi-billion-dollar recreational fishing industry.

Redmap uses citizen science to better document and understand species shifts. It involves community members (such as fishers, divers and beachcombers) and scientists working together to monitor ecological change and engage and educate our marine communities  (using their own data).

A pilot project was launched in Tasmania in 2009 and Australia-wide in 2012. It’s hosed by IMAS in collaboration with institutes. Redmap (Range Extension Database and Mapping Project) is a citizen science project that invites members of the community to spot marine species that are outside of their usual range (or distribution) at various points around Australia. By collecting this information Redmap is generating a database of ‘out of range’ sightings to assess which species are shifting their ranges and whether these shifts are consistent with warming waters.

Each state has a list of target marine species that is suspected of or that it is known that it is shifting its range View the Victorian ID Sheet pdf.  RedMap also collects sightings of non-target species that may be rare or unusual, data deficient, invasive, or species that appear to be beginning to shift. Quality pictures help verify data. There are around 80 scientists on the verification panel that verify the photos and indicate if the species is outside of its known range. So far the information has been used in more than 25 scientific articles. Redmap can create report cards for each state.

A number of communication tools are used including Facebook (RedmapAustralia), Twitter (@RedmapMarine), newsletter, articles and website along with the app. These help build awareness of climate change.

A thankyou was extended to Stephen Sims for his amazing contribution to Victorian Biodiversity Atlas. Stephen recently received a 2019 Glenelg Hopkins Environmental Achievers Award in recognition of his work as a volunteer to assists agencies (including DELWP), ENGOs, community groups and individuals to get their biodiversity records into the VBA. Over the last few years Stephen has processed a massive 27 projects, with 338,272 records contained in 93,971 surveys!

Congratulated were extended to the Gunditjimara traditional owners with the success of the Budj Bim Cultural Landscape, one of the oldest aquaculture sites now inscribed on the UNESCO World Heritage List.  Winda-Mara rangers attend SWIFFT at the Heywood site, and it’s great to see their history recognised.