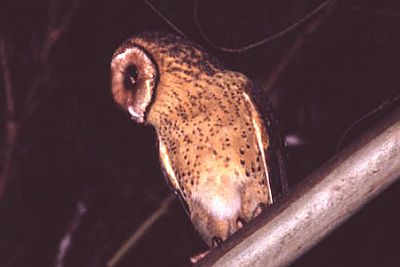 This SWIFFT seminar was conducted via Zoom with 297 online participants.  SWIFFT wishes to acknowledge support from the Department of Environment, Land, Water and Planning, Victoria in organising the seminar. We thank speakers for their time and delivery of presentations. Thanks also to Michelle Butler who acknowledged traditional owners and chaired the session from Ballarat. 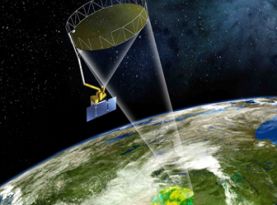 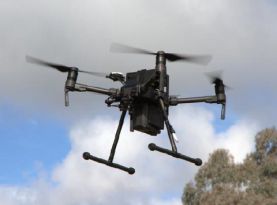 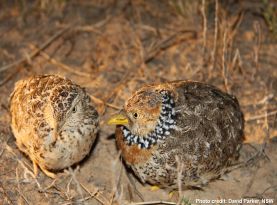 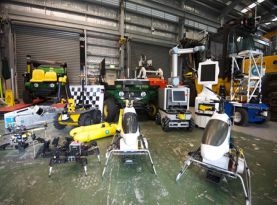 Siyuan introduced her presentation by discussing how soil moisture information from satellite data simulation can be used to forecast vegetation condition and drought impacts. Although the volume of soil moisture is small compared to other components of the hydrological cycle it is a key variable in controlling the water and heat energy exchange between the land surface and the atmosphere.

Soil moisture is critical in climate and weather predictions as well as cloud view forecast and irrigation planning.

Siyuan spoke about the Water Balance Model which is used to simulate water resources from surface water, soil water and combined groundwater systems. Three types of satellite water observations are used in modelling.

Soil moisture conditions before the 2019/20 bushfires

Variation in root zone water can impact on growth and condition of grazing land, crops and native vegetation. The vegetation condition influences the fire risk and soil health. Being able to understand soil moisture condition can assist in being better prepared for possible impacts.

Wildlife Drones – from Parrots to Payloads

Debbie introduced her presentation by discussing previous research on determining the wintering habitat of Swift Parrots, a species that proved very difficult to monitor, particularly their location and movements. With the early development of drone technologies Debbie began trialling the use of drones to locate tagged birds. Initially the focus was on Swift Parrots but it was found attaching tags to this species came with risks so the trials moved to tracking Noisy Minors in woodlands.

In recent years, drone technology has increased where it is now possible to undertake longer flights, with more tracking capability. Up to 40 tagged animals can be tracked simultaneously, these can be on the same species or multiple species. Drones can now detect tags up to 4 km from the drone which enables large areas to be monitored.

Debbie spoke about the advances in drone tracking technology which has led to increased interest in tracking animals from many parts of the world. ‘Wildlife Drones’ has expanded with projects in 120 countries. Some of the projects are in remote areas, the advantage with drone technology is the ability to have real time tracking, particularly when used in conjunction with satellite tracking.

Debbie discussed several projects, in particular the tracking of Swift Parrots which has now been possible due to the use of much smaller temporary tags, combined with the new generation drones. The has enabled the location of Swift Parrot roost sites and identify critical areas of habitat.

Other examples of successful radio-tracking projects include;

The Northern Plains Grasslands in Victoria are a key habitat of the Plains Wanderer. The grasslands are recognised as being threatened and one of the most poorly reserved ecosystems in Victoria and Australia with only about 3.8% remaining.

Since European settlement about 95% of the Northern Plains Grasslands have been lost to agricultural development. Cultivation, both legal and illegal is considered the biggest threat to the grasslands across the plains. Another threat is either overabundance or underabundance of biomass which impacts on threatened species such as Hooded scaly-foot, Spiny-rice flower and Plains-wanderer.

The Plains-wanderer is an iconic species native to Australia which occurs in Queensland, New South Wales, Victoria and South Australia. In 2015, it was listed as critically endangered under the national Environment Protection and Biodiversity Conservation Act 1999 (EPBC Act).  It is also listed under the Victorian Flora and Fauna Guarantee Act 1975 (FFG Act). There are less than 1000 birds known to be left in the wild. The two remaining strongholds are northern plains in Victoria and the Riverina area in NSW.

In 2018, the Zoological Society of London listed Plains-wanderers as number #1 of Evolutionarily Distinct and Globally Endangered (EDGE) species.

Conservation of the Plains-wanderer

Habitat management is critical for the survival of this species. Survival is dependent on a specific mix of grasses, herbs and forbs. The Plains-wanderer tends to move around the grasslands looking for optimum habitat which makes biomass management a key for their survival.

This project is undertaken as part of the National Recovery Plan. Funding of the project is through the Department of Environment, Land, Water and Planning (DELWP) Biodiversity On-Ground Action Grants for Icon Species. It will assist the Victorian Plains-wanderer Operations Team to undertake surveys to determine where suitable and occupied habitat for Plains-wanderers across the Northern Plains in Victoria occurs.

Each song meter has an SD card which stores data. They are collected about every 6 months and the data analysed using specially developed Plains-wanderer recognition software. The calls picked up by the software are double checked manually by the team.

Early indications are that there is some movement beyond the Patho Plains into the Lower Avoca Plains which could indicate an expansion in both numbers of birds and range. This aligns with more emphasis on ensuring grassland habitat is better managed to reduce biomass on areas of Public Land in the area.

Bec emphasised there has been a great deal of community and conservation management awareness and effort put into improving biomass management for the Plains-wanderer.

Overall, acoustic monitoring is a valuable tool in identifying where the species occurs and habitat condition which can assist in directing management efforts to priority areas.

Information gained from the song meter project has been shared with intestate partners which has enabled them to deploy the use of song meters in other areas.

Bec pointed out the fact that the Acoustic Monitoring project is one part of a much larger effort to ensure the Plains-wanderer survives and prospers into the future.

Ash introduced his presentation by talking about his work which involves developing robotics and automation to aid species conservation projects. He is working towards helping researchers get the technology into the field so they do not have to spend countless hours collecting data or servicing equipment in the field but rather use automation and robotics to perform tasks.

With an increase in the type of devices available it means there is more scope to use and rely on new technologies coupled with machine learning. Uses include:

Ash spoke about a range of robots developed by CSIRO for various applications. He also mentioned technologies using Lidar imaging attached to drones which can provide 3D mapping of confined spaces such as cave systems.

Due to time constrains questions were answered via Zoom text.

Taking the pulse of a continent: the Australian Acoustic Observatory

Dave spoke about the diversity of vocalisation calls from animals in the wild and how it is possible to determine what species are present at a location and the health of the ecosystem. Many of the calls are quite distinctive, they are displayed as a sonogram which can be used to identify particular species. Dave explained the project he is working on is not so much about individual species but more about whole of ecosystem soundscape analysis.

Acoustic monitoring has many advantages over repetitive on-site field work, once set up the passive acoustic sensors do not require repetitive visits as they can stay in the field for months on end. There is less disturbance in fragile areas and to sensitive species. They also enable the collection of a log which spans long time frames.

Dave emphasised the team approach in driving the project forward.

At present there are 400 sensors at 100 sites stratified by region. Each site has 4 sensors placed along a gradient of productivity e.g. 2 sensors at wetter more productive sites and 2 at drier less productive sites. Multiple sensors are used in case one of the sensors becomes unfunctional.

The size of the data set is extraordinary, it is anticipated that in 10 years the amount of data will be as large as the entire internet 10 years ago.

Dave stressed that many of things the team is wanting to do with the data is currently not doable. Australia is a large continent to cover, there is simply not enough resources in terms of sensing infrastructure and people to collect the data. Dave felt it is important to start collecting as much data as possible now and archive it so it can be used for studies into the future, particularly providing long-term comparability at both local and continental scale.

The Pied Honeyeater is a very difficult bird to study given it inhabits large areas of the arid zone and is very nomadic, appearing in some areas occasionally then moving away to new areas. Dave spoke about a study which used 14 years of continuous records to display ribbon plots which only took 17 hours to analyse. This is an incredibly efficient approach to determine the presence or absence of the honeyeater.

A further study looked at times of greenness in the landscape, particularly when Eremophila plants were flowering. It was found that after rainfall events Pied Honeyeater call rates went up which helps identify breeding areas.

Dave spoke about the value of long-term monitoring for measuring climate change (rainfall and lightning events), particularly in remote areas of Australia. The sensors can also pick up seismic events.