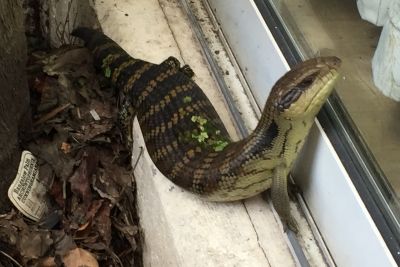 This SWIFFT seminar was conducted online via Microsoft Teams (153 participants) and streamed via YouTube (83 plays).  SWIFFT wishes to acknowledge support from the Department of Environment, Land, Water and Planning, Victoria in organising the seminar and thank speakers for their time and delivery of presentations. Thanks also to Michelle Butler who acknowledged traditional owners and chaired the session from Ballarat. 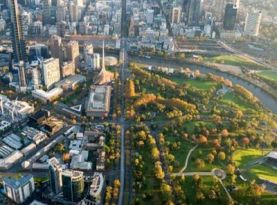 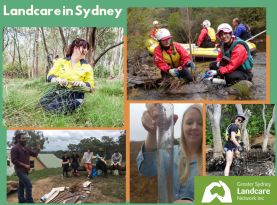 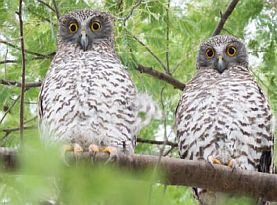 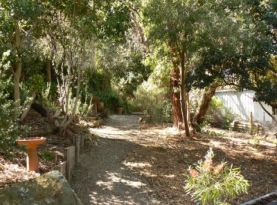 Amy acknowledged traditional owners of the Wadawurrung People of the Kulin Nation.

Living in an urban world

Amy introduced her presentation by providing an overview of urbanisation across the globe, covering more than 3% of the Earth’s land surface and supporting at least 50% of the human population the urban landscape has a significant ecological footprint.

Amy discussed a broad range of impacts which she grouped into Acute impacts and Chronic impacts. Impacts can also be measured in Space (local scale to planet scale) and Time (from seconds to centuries).

Amy spoke about three main pathways organisms can respond to the urban environment. The urban pool starts out with an initial group of species and some additional invasive species. Three main pathways;

Likely to be lost from the urban environment – species maladapted to urban conditions, lost due to migration or local extinction; these are typically species with a complex life history.

Amy spoke about the need to soften the way we approach urban landscape development so more species are going to be pre-adapted to urban conditions, leading to a greater number of species joining the urban species pool and a reduction in the number of species lost through local extinctions.

Cities are Hotspots for Biodiversity

Cities may contain the only remaining examples of past landscapes.

Amy spoke about the concept of extinction debt which relates to the amount of native vegetation within the city and the length of time a city has been undergoing urbanisation.

In Melbourne, only about 4% of native vegetation is remaining which equates to 55% of the plant species or 660 species that could disappear over the next 100-150 years if action is not taken.

Amy spoke about some of the projects which she has been involved in.

Working with local government to develop designs for an urban urban ecology park scenario, with the opportunity to cater for both people and nature, and develop an entirely new park experience.  The project required collaboration between landscape architecture, with the focus on design, and urban ecology, with the focus on providing habitat for biodiversity, and opportunities to engage people with the natural environment. The outcome was a concept plan that combined elements of both the recreational park and the conservation reserve, to become a new type of hybrid park that supported people and nature.

Amy spoke about incorporating biodiversity into day to-day activities, she used the example of the Metro Tunnel’s Living Infrastructure Plan which has involved developing a stronger urban ecology component in the project. Amy has been working on the project developing stronger sustainability targets in relation to urban ecology and water, project Alignment & Components and the Environmental Effects Statement.

Amy spoke about the need to involve people from a range of disciplines in the process of changing the way planning is approached in urban environments. Ecology needs to be actively incorporated into decision making. Collaboration and evaluation need to extend beyond individual projects and include;

Amy acknowledged the interdisciplinary involvement of people contributing to the project.

Elisha paid respect to the traditional owners of the lands in which she works.

Elisha is focused on exploring ways of empowering the next generation of Landcarer’s to care for Sydney’s threatened bushlands through local Intrepid Landcare groups who provide training and volunteering opportunities through the Get Your Hands Dirty program.

Mainstream Landcare to Landcare in Cities

Elisha spoke about the benefits of mainstream Landcare to farmers and landscapes in rural areas and the need to adapt the way Landcare is applied to the Cities.

Landcare in the City

There is a wide variation in the way Landcare is delivered in Sydney. There are over 900 Landcare/Bushcare groups in urban Sydney. In the urban fringe areas, it is more mainstream Landcare, the program also supports the Bushcare community who focus on Public land.  Other programs include Citizen Science, Coastcare, Remote Landcare in National Parks and Indigenous Landcare.

Where are the young people?

Elisha spoke about the fact that most people in mainstream Landcare are over 50 and there is a missing demographic in the 18’s to early 30’s age group. There is a need to recruit young people into the networks which is now being achieved through Intrepid Landcare.

Intrepid Landcare began from only a few community leaders who could see an opportunity to attract young people into action by organising a retreat which worked so well that a national network has now been set up to form a number of new Intrepid Landcare groups across different parts of Australia.

Sydney Landcare Network ran four Intrepid Landcare leadership retreats each with about 20 participants. The retreats provided an opportunity for young people to learn about what is involved in Landcare and introduction to country from an indigenous perspective. The retreats involved planning sessions for participants to decide what they would like to see in their local area. The retreats are also about having fun, connection and ensuring being at the retreat is a good experience.

There are now Intrepid Landcare tribes at Central Coast Intrepid and Western Sydney. The tribes have planned initiatives relevant to their areas and involve young people in doing on-ground work to help the environment.

Get Your Hands Dirty

The Get Your Hands Dirty project was initiated after the retreats in response to young people wanting to have an opportunity to connect with more young people and get them involved in their groups.

A program of monthly on-ground volunteering projects was set up to connect young people with local Landcare groups. Progress includes;

Nick’s research is focused on addressing a major knowledge gap in understanding the movement, pathways and core habitat available to an urban apex predator, the Powerful Owl. At present Nick is, 1.5 years into 3-year PhD but has been involved with urban Powerful Owl research for over 25 years.

Nick acknowledged the traditional owners of the land where he presented his talk and where he has been carrying out his research, the Wurundjeri people and the Boon Wurrung people of the Kulin Nation.

Nick spoke about global ecological issues and two distinct things that are having an impact on biodiversity;

Some apex predators live in urban environments, for example; Coyotes, Leopards, Cooper’s Hawk, Peregrine Falcon and Cougars. Many apex predators are very difficult to study with cryptic, often nocturnal behaviour with large spatial requirements and because of this, are found in low abundance.

The Powerful Owl is Australia’s largest owl species, standing at about 65 cm tall. They are found down the east coast of Australia.

Threats within the urban environment

Nick spoke about his research aimed at answering some of the questions regarding spatial requirements which began in 2016;

Three types of movement / behaviour have been determined form the tracking data;

Nick referred to the following publication if people want for more details. Carter et al. (2019). Joining the dots: How does an apex predator move through an urbanizing landscape? Global Ecology and Conservation 16, 1-12.

41 nights of activity is condensed into 30 seconds.

Powerful Owls were more likely to make long transitory movements towards the end of the night where they have to pass over infrastructure and paddocks to connect to the next habitat patch, also Powerful Owls avoid high density residential areas and prefer treed areas lining paddocks.

Nick spoke about work undertaken as part of his Honors research in 2017. A species distribution model was developed using Citizen Science data. The model is used to predict which areas might be suitable for Powerful Owls and which areas are not suitable. Nick encourages anyone who sees or hears a Powerful Owl to report it via Birdlife Australia – Birdata.

Roosting sites are evenly split between the mid-storey and canopy vegetation.

Clues for locating a roost site

Nick spoke about the way he goes about refining the search for roost sites. Starting with some of their favourite tree species he looks for trees with a dense canopy, signs of whitewash, feathers and pellets of undigested material coughed up.

Nick spoke about the need to be careful when sharing information about Powerful Owls. They are a threatened species and information needs to be shared with caution to avoid having the birds harassed. Powerful Owls are particularly sensitive to disturbance during the breeding season. Submit data to  https://birdata.birdlife.org.au/

Other ways in which people can help the Powerful Owl are;

Laura is a researcher at RMIT University Centre for Urban Research and is also on the Gardens for Wildlife Steering Group Committee. Laura’s research is focused on biodiversity stewardship and how cities can improve their social and ecological wellbeing through new human nature relationships and understandings.

Laura acknowledged the traditional owners of the lands covered by the seminar and the Kulin Nation from where she presented.

Laura spoke about how urban areas change the ecosystems in and around them. Habitats are fragmented and left as patches but for plants and animal communities to thrive habitats need to be large enough and connected. Gardens can play a role in the urban matrix to support indigenous plants and animals.

Laura discussed 5 basic needs for plants and animals to survive across the landscape;

Studies have shown that locally native species can be fostered in urban neighbourhoods, particularly if we take a landscape and community focus, combining public land management and wildlife gardening. It should be noted that private land can be a major contributor to biodiversity in urban areas as it is usually the greatest proportion of land in urban areas.

Laura spoke about wildlife gardening as having a purpose to nurture the ability of a place to support indigenous flora and fauna for future generations of people and wildlife.

Laura’s research has focused on the social dimensions of how we can expand wildlife gardening stewardship in ways that link landscapes and build human-nature relationships. She is looking at how to involve and keep residents in wildlife gardening as a community effort. Laura research is also wanting to determine;

Laura spoke about linking the Knox City Gardens for Wildlife (G4W) as part of her PhD. The G4W program began in 2005 as a partnership between Knox City Council and a community group,  Knox Environment Society (KES ) which runs an indigenous plant nursery. Any resident can join, receives a garden visit, report, and then newsletters and event invitations. At present there are more than 1000 households and growing. Members gardens support the City of Knox indigenous biodiversity.

Key features which engage and sustain residents in wildlife gardening;

Laura highlighted may of the benefits obtained from Wildlife Gardening;

Gardens for Wildlife Victoria began in 2016 as an initiative from a broad study of how to better involve the community in natural resource management.

Its vision is for biodiversity conservation to be understood and embedded in the lives of all Victorians, particularly urban residents, who make up the majority.

Laura spoke about the stewardship framework and the approach taken to implement the program. Key features;

Since August 2016, the number of local government areas developing or running wildlife gardening programs by participants in the network grew from 1 in Knox to 39 of the 79 LGAs Victoria. Most of the programs being within Melbourne and rural cities.

Laura spoke about six interlinked factors responsible for the up-scaling impacts in Gardens for Wildlife Victoria;