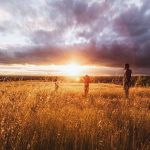 This video conference was supported through resources and technology provided by the Department of Environment, Land, Water and Planning, Victoria. SWIFFT wishes to thank speakers for their time and delivery of presentations. Thanks to Michelle Butler who chaired the session from Ballarat. 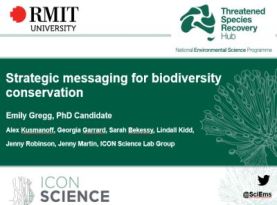 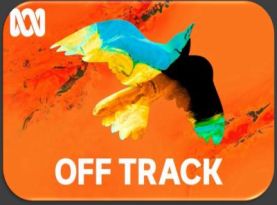 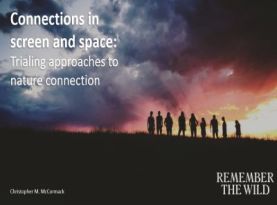 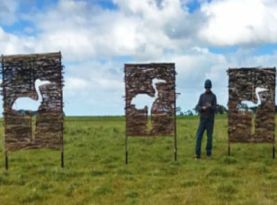 Emily works in a project funded by the Threatened Species Recovery Hub of the National Environmental Science Program.  The focus of this project is to increase community buy-in to threatened species conservation, particularly by considering the way in which we talk about threatened species and conservation. The ICON Science Group has a team of researchers working on this project. 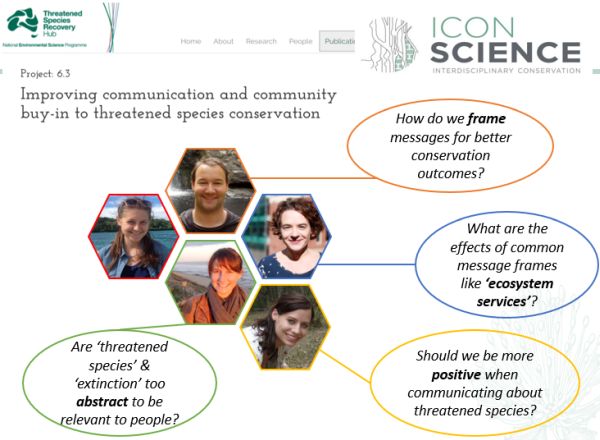 Some of the questions being looked at by the team of researchers working on this project in the ICON Science Group.

Lack of knowledge and experience (research into how often every animal species listed under the EPBC Act (n=496) was mentioned within public posts on Twitter revealed that 57% of Australia’s listed EPBC Act species had fewer than 20 tweets). 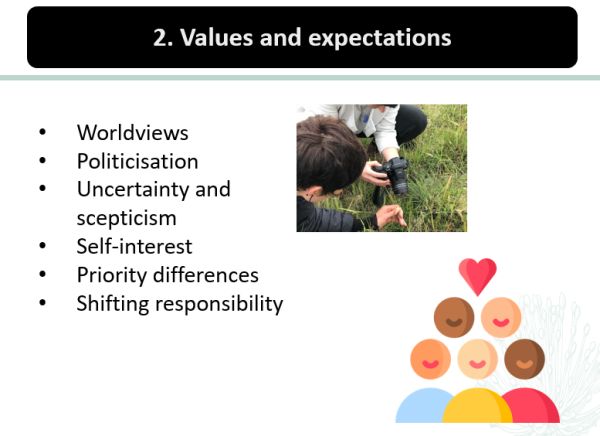 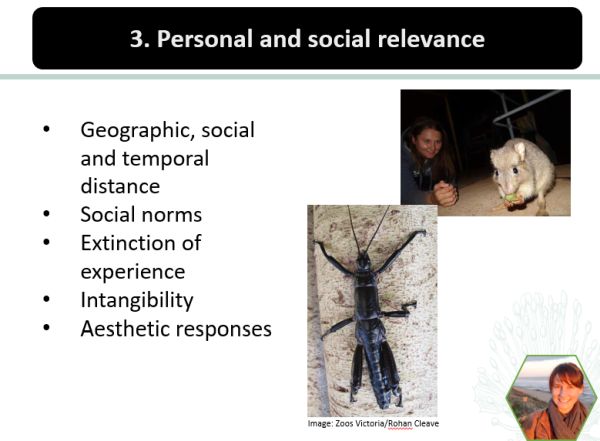 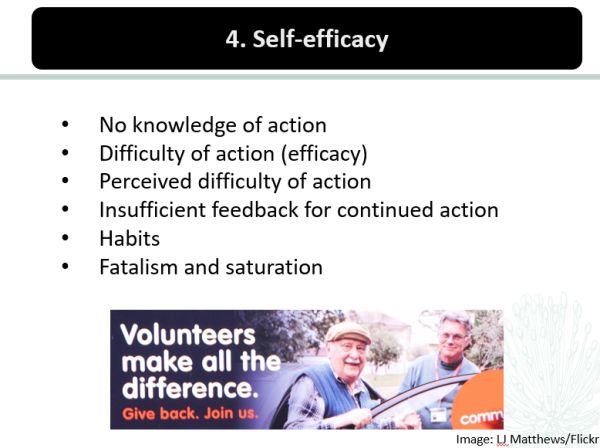 Emily said being aware of all of these different factors is crucial for communication, evidence shows that just providing people with information doesn’t necessarily make them care, make them change their behaviour or make them engage.

Emily spoke about the Situational Theory of Publics, where publics can be identified in terms of how aware and how active they are on an issue;

These factors are very important for audience selection.

Emily spoke about research by Lyndall Kidd who has been undertaking a review of studies and their effectiveness in meeting the suggested practice in communication. 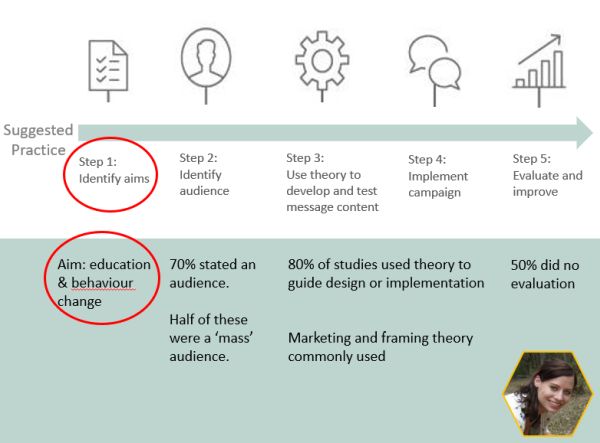 Indications are that many of the aims of these studies were a bit vague – to educate, to create behavior change. Also, whilst 70% of studies stated an audience half of these were a mass audience – not really being very specific, not allowing for any real strategy when it comes to the communication.

Emily stressed that if we want to communicate strategically – we need to be as specific as possible when it comes to our aims and our audience.

Emily spoke about a Message Framing Study conducted by Alex Kusmanoff, part of the ICON project which looked at the importance of identifying the audience.

How do we talk about and label species?

Emily is interested in how we talk about specific species and how the common name could influence the way we relate to species. Emily has been studying species status on the IUCN Red List and how their conservation status relates to their common name. She poses the questions; 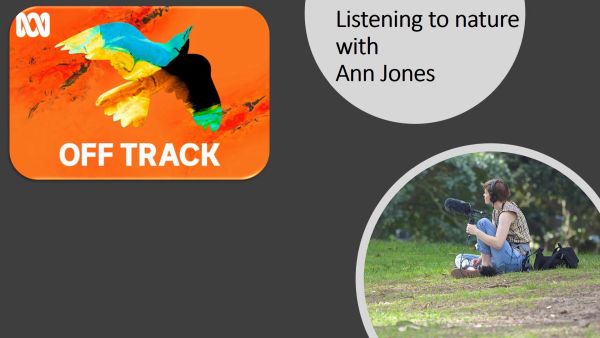 This was a pre-recorded interview by Samantha Strong as Ann was away on assignment.

Ann spoke about her career in radio and her interest in natural history. Being able to combine her love of audio and nature has been extremely rewarding in presenting the Off Track program. Ann discussed how Off Track is a one-person program which allows a great deal of flexibility. Ann felt her role is to be the conduit between the person telling the story and the audience and ensuring the audience feels connected.

Ann spoke about the importance of bringing the sounds of movement to the program (nature sounds and activities).  The program is about ‘place’ and connecting Australians to nature. The interviews are conducted separately to allow the emotion of what people are saying to come out. 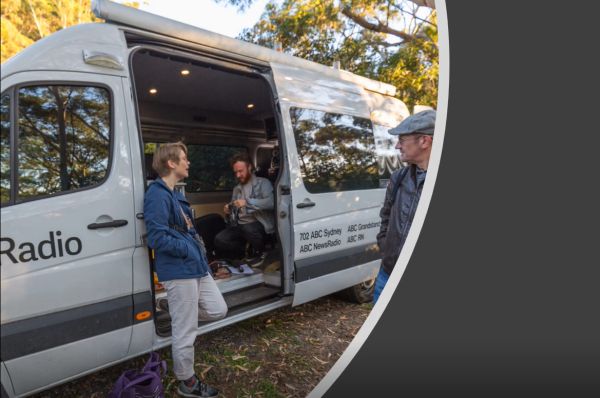 What makes a compelling story?

Ann spoke about the number of e-mails people send in regarding tree planting, Landcare events etc., but unless there is something else to the story it probably won’t be compelling enough. Audiences also tend to turn off at press releases unless there is a story or something to interest people. People with interesting stories to tell provide a much better narrative than a press release.

Data suggests that most young people don’t go to web sites for information but rather Facebook, YouTube etc.  We need to be thinking about how your story might look kike in amongst all the other posts and how is it going to work.

Source of the story

The source of a story can have a significant influence on how it is received. In general, there is little connection with an organisational voice.

Ann spoke about the challenge of connecting with people who are not already engaged. The challenge is breaking through the ‘green wall’ between those already nature minded and those which have no connection to nature. 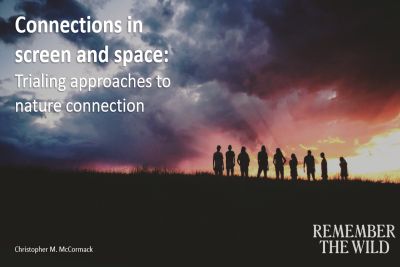 Connecting people with nature is a big part of the mission for Remember the Wild.

Chris provided an overview of benefits associated with being connected to nature, which include a number of health benefits and wellbeing. People with access to nearby nature are healthier and more satisfied with their homes, jobs, and life in general. 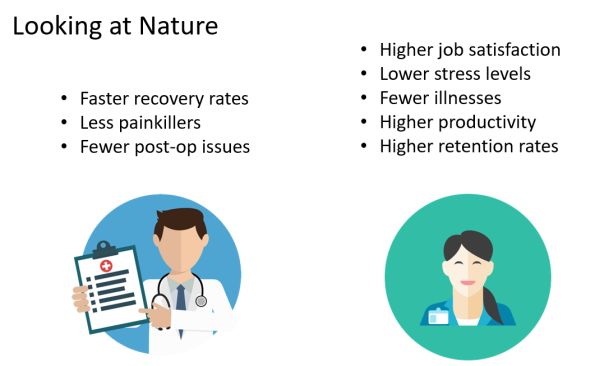 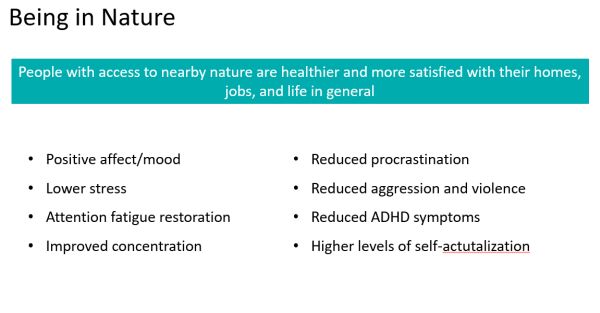 As well as being out in nature Chris spoke about connectedness-to-nature as a psychological trait.

How we identify with nature

Christopher posed the questions; are you completely separate from nature? Is nature alien to you or is there some overlap where parts of life connect with nature? He pointed out the difference between knowing about nature and the feeling of being connected and having an emotional connection to nature. The emotional element is a very important driver or motivator for people.

Trialling different ways of improving the connection with nature

Community Conservationists initiative - the concept is to tell stories about people in the broader community who are doing conservation work. The initiative is based in Victoria at present but it is hoped to be expanded across Australia in the future.

About 140 people attended a screening after which a survey was conducted looking at their connection to nature before and after the screening (the assumption being that people attending the screening would be already connected to nature). Familiarity with the particular project and issues was also surveyed. 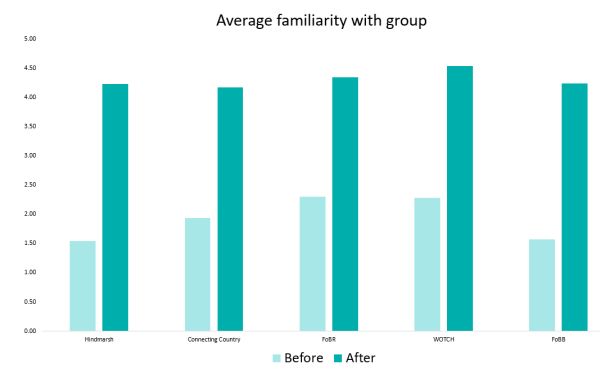 A surprising result was that despite the respondents already having a connection to nature there was a low level of knowledge about the projects even though they are located in Victoria. After the films they felt much more connected. 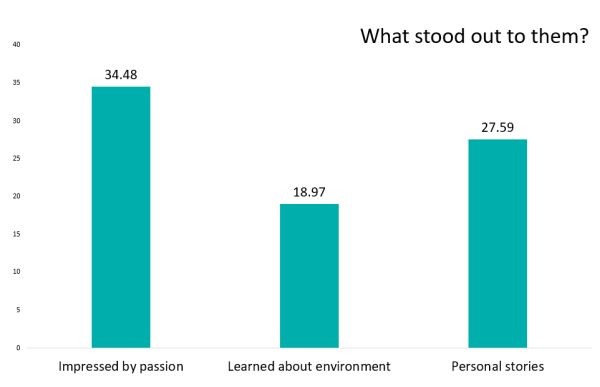 The human element entwined in these stories is very important. By viewing and absorbing the passion of people working in nature people get an idea of what others value and can take on some of those values themselves.

In more general terms there is lack of exposure for conservation groups to share their message to their own peers let alone the broader public. Sharing positive stories can challenge the concept of helplessness or the norm that ‘no one else cares’ so why should I do anything? Sharing positive stories reinforces the message that people do care and the passion that came through in the short films really helped sell the message.

VicRoads – A walk in the wild

The aim of this project was to foster pro-environmental values within VicRoads staff to improve environmentally responsible decision-making. Christopher spoke about Biospheric values which leads to a self-perception as someone who performs pro-environment act. It builds self-imposed norms leading to pro-environmental behavior.

The concept was to get VicRoads participants out in nature to build their Biospheric values. 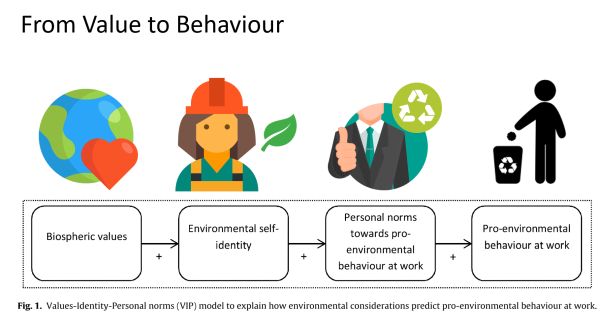 The program was conducted in a natural bushland setting near Warrandyte.  Participants discussed the context of the natural bush environment which can be alien to some people but not alien to humans as indigenous people have been connecting with this environment for tens of thousands of years.  Participants were given information regarding the ecology of the area and sent out to find their own place in the bush to experience connections.

At the end of the program surveys were undertaken to gauge participants willingness to Sacrifice: an indication of pro-environmental values and behaviour.  Questions were also asked relating to their connection to nature.

Christopher pointed out the feedback was very positive as everybody agreed they looked at aspects of the environment differently after the experience.

Karen and Peter developed the Beeac Primary School's Brolga Project. One of the first activities of the Brolga Pathways project was involving students in the collection of data on Brolgas in the local area. Peter guided the students in making a collage map of the area depicting the lakes and landscape. He followed up by introducing art via sculptural pieces using natural materials such as bark, grasses and paperbark where students could weave over wire frames of brolgas, creating life size art works. Other art activities included screens of brolgas placed into the landscape as well as brolga crossing road signs placed on local roads.

The sculptural pieces became educational nodes across the district. As more people became aware of the project the community became more engaged, the number of sightings increased momentum for the project grew culminating in a community brolga day.   The partnership between the students and staff at Beeac Primary, plus Peter and Inca (Brolga PhD researcher) all came together to make the project a success.

Primary school students at Beeac now connect with the life of the Brolgas who live in their own backyard.